It’s the time of the year again – starting of the lovely winters in the northern India and for the orchid – kachnaar – flowers to bloom in its various pink saturations. And for the birds to feast on the nectar. It’s the same time the sweet purple sunbirds change their plumage towards eclipse and go towards deep breeding plumage over time. Many a times I confessed that I’m never tired of making an image of the purple sunbird. It’s no different this time.

Last week, one early morning, me and my lovely wife were having tea, before getting ready for the rest of the day is when she spotted one right outside the balcony. This smart male was crooning along, happy to be feasting on the various flowers in various acrobatic poses only a sunbird can do!

There were many poses which I could use for a decent frame. Here’s one that stood out which I processed. I used the 400 f/5.6 + 1.4xTC to make this shot on the 5D Mark III. There were any that had the entire bird isolate but I loved this pose which is partly the flower and the bird isolated from the rest. The blurs formed an art-brush like blurs which I loved. I cropped the photo such that it has the rule of third for the placement of the subject. Otherwise the bird was in the middle of the frame.

The other day I was playing with distortion effects on the photos till I dropped. I had to decide that I had enough of it but one of the images that I did had to be put up. So I decided to add a quote to it from Shawshank Redemption

Interesting conversation that propped up off that!

I would now admit that I’m slowly getting back to photos. It finally feels good to see a subject, run for the camera, whine about the wrong lens and so on and so forth. I’m glad to be able to do this.

This weekend it started while we were having tea at the rear balcony. I was on the lookout for the purple-rumped sunbird to show up. I still need a good shot of that beauty. The camera didn’t make it with me yet though. It didn’t take me too long to spot the beetle in the neem tree. The other counter part blister beetle was hovering around too. At that time, I didn’t know the actual name but decided I’ll call this a bee. I wasn’t even interested in making a photo of it yet. And then it started to move about and the shine was something that you can not ignore.

OK! Time to get the camera. Luckily, I had the 1.4x on 400 – where I was sitting was close to the minimal focal distance. Took a few shots and checked – the spot metering that was hitting the various spots was showing variations upto 3 stops. Oh boy! I turned to Auto ISO and started shooting at 500th of a second. And there were some keepers for sure.

The muted green background from the monsoon is always a big one for me – I just love this green more than anything else.

I’m not sure if I really liked this but looking more at this and trying different options might make me to.

While post-processing can be a cumbersome, long process – you can’t really help it to make sure that your photos look good. I’m going to try making this chore a little interesting by cranking up the process to come up with something line this 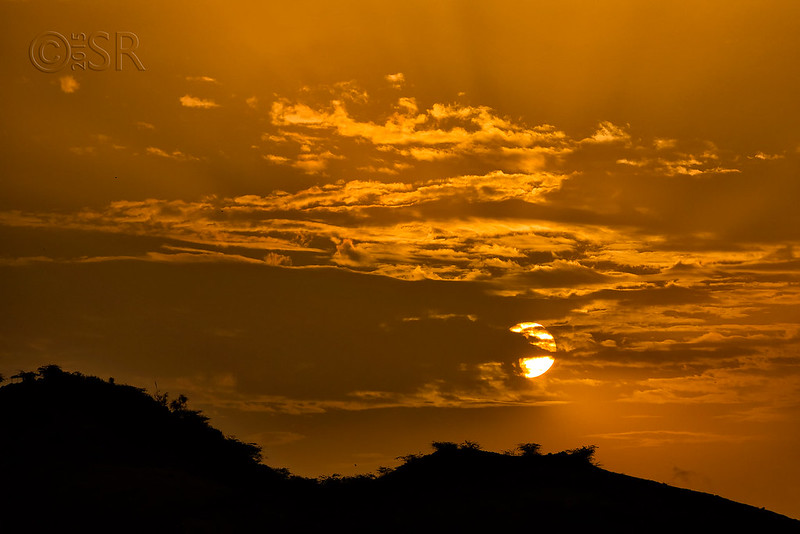 The original photo that was made to this is

Everybody’s posting to Instagram and some even asked – “Oh! You don’t use it?” – so I had to bite the bullet and went about signing up for it.

Here’s a flower photo that I did sometime ago!

Immediate next issue I ran into is how do I get to transfer my photos to the phone because Instagram is a very mobile based app and I use my DSLR to take photos, process and publish – not to say the occasional cellphone photos. I looked around for options, one was emailing it to me which was very cumbersome. You download the photo on your phone and share it from thereon. I looked around the internet and found using Dropbox being a great option. The references I could find so far had obsolete screenshots and I often tend to miss the method – so writing it down here for reference.

I signed up for an exclusive dropbox account, just for this purpose. I use another one for work and didn’t want to mess it up. I use the Web interface to upload the files – photos for the current sake – but have the Dropbox app installed on my Android phone. You could get it for an iPhone too. Instagram itself doesn’t look great on Tablets, it’s a Phone only app.

Once you upload files to Dropbox from your computer, you can open the app on your mobile and see them listed right away. Tap on the downward point arrow in the list to open the context popup.

Tap on the Context Menu – marked as 2 in the screenshot above – and drag it upwards till you see Export.

While I don’t use an iPhone, it should be much similar to it. Let me know if you want me to look it up for you!

Read this news on the headlines today!

This is a great move by the UAE Government and it’s an exciting opportunity for companies like ours.

Can you believe this? We can coexist, together!

This magpie, Penguin, was rescued and even though it had (and still has) the option of flying away, she decided to make this her home. And she plays with them, cuddles with them and even brings his friends over to visit. You must read all about it at here

This image was made during one of their trails braving the scorching heat of June last year to Bassi Wildlife Sanctuary. We had a hope of taking a peek at a mammal that could make its way to quench its thirst to a waterhole, or might chance to see the sweet whistling Indian Pitta, and of course anything else that might come our way. We were about a dozen of us in two vehicles, we trailed different tracks, some were lucky to spot the Pitta and others crested serpent eagle but all of us had full taste of the sun. While it was almost time to call it a day we even spotted a few wildbores. When it was time to pack up and head home, Sharad Agarwal heard the Nightjar’s call. All of us got out of the cars and started looking for the most difficult bird to spot.

Nightjars are known for their camouflage and only move about during the nights. They can be sitting next to you and still can not be spotted unless you’re able to see it’s blinking eyes or any tiny movement that they make. We split ourselves into three groups and each one took a direction. I was very tired and the last to exit the car and had no hopes to get a shot at it. After about 15 minutes or so, one of the team members were so close to the bird but still didn’t see it. But the bird got alarmed and took off and flew towards where I was walking in. It allowed a few good frames. I was told that there aren’t many shots that captured this bird in flight during the day.

Yesterday I was surprised to note my common teal photo made it to Flickr’s explore. I used to wonder how this happened and still do 🙂 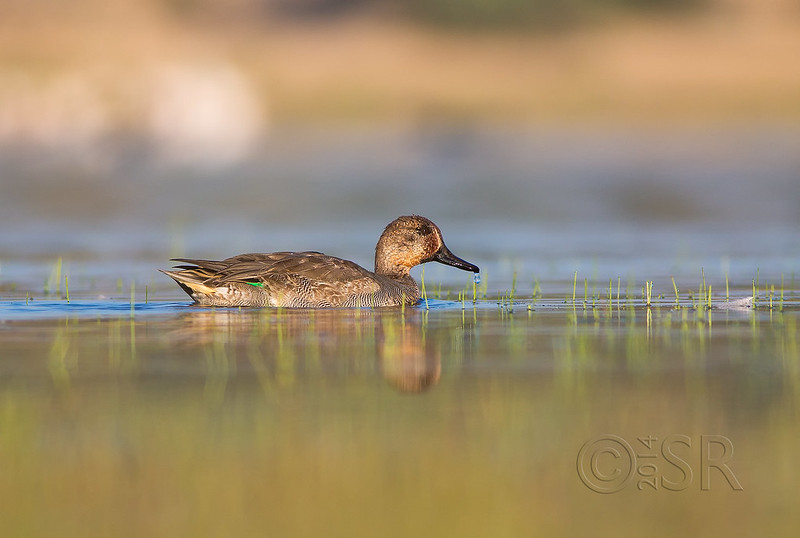 The last that I checked, which is now, the view count was nearing 7.5k and favourited by more than 110 folks. Given that I know very few in Flickr, it’s a huge number for me. And here, I take the opportunity to thank them and the ones that are going to follow. Who doesn’t love a bit of Flickr currency >grin<

This photo was shot on the same day that a few of the others that you may have noticed on the Flickr stream. As it usually happens with water birds, they just fly away as you get in. This new location didn’t have much to hide so I had to get stealth only by crawling and waiting lying down. As the clothes started to get wet, the November cold started to feel in. I had to turn to the side and lift the legs up occasionally to stay a little drier and waited for the birds to get closer. The firsts to show up were a couple of Black-winged Stilts, Marsh Sandpiper, Wood Sandpiper, Little-ringed Plover and Common Snipe. Some of them are already posted and the other await some processing. All of these, as you know are, shore birds and are obviously nearer to me.

The Snipe was a lifer for me and I was already very happy to have had some good shots of it. The ducks, which have been a difficult ones for me, essentially because, I’ve never been as patient as I could get on this day. The first round of shots when the Teal was passing by faraway with a splash was already a reward. 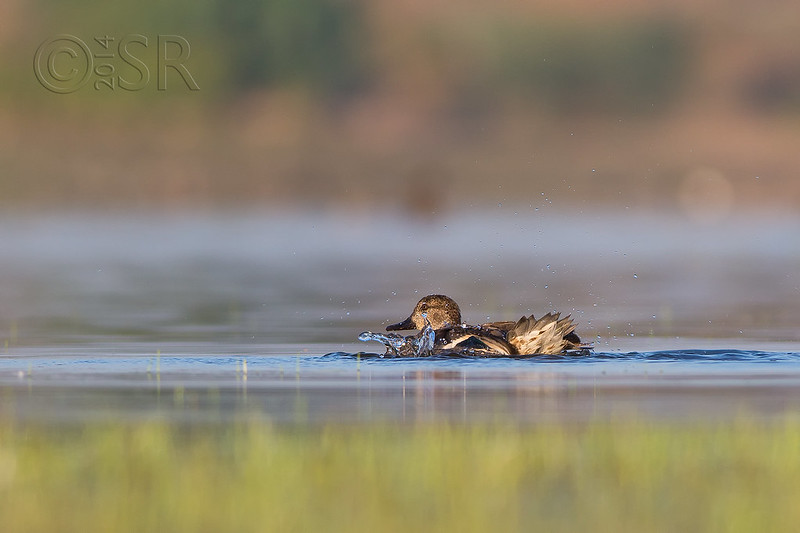 It was already well over an hour and I wasn’t able to bear the chill. So stood up and walked back to the car. While I was reviewing the shot with a friend, one of the Stilts was coming closer to us. He jokingly mentioned that the stilt wanted some better shots. I took it with more seriousness. This time when I crawled in, it was much more mud and wetness. And more time too.

The Teal did arrive closer but never believed that it could make it to Explore.. 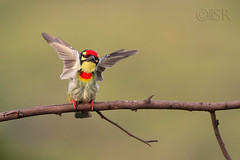 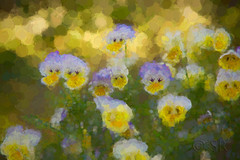 rambling…
Create a free website or blog at WordPress.com.